Sal has shared the stage with…Calendar for Sal La Rocca 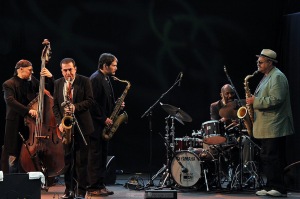 On stage with an impressive list of talented musicians:

During his career, Sal has recorded on numerous albums. In 2003, he released his first album “Latinea“, included musicians Bruno Castellucci, Peter Hertmans, Kris Goessens and Jacques Pirotton. Around this time, Sal became the official bassist of singer Anne Ducros, playing, recording and touring with her group for several years. He added several jazz greats to his resume, including trumpeter Randy Brecker and pianists Thierry Eliez, Enrico Pieranunzi, Jacky Terrasson and René Urtreger.

In 2007, he became the bassist for pop rock group Vaya Con Dios. Sal participated in both a European and world tour with the group. In 2010, he was bassist for the Steve Grossman Quintet performing at the Dinant Jazz Night Festival. The group featured Steve Grossman, Nico Menci, Alvin Queen, Joe Lovano and Sal.

In 2013, Sal released his second album “It Could Be The End” through Igloo Records. With: Lorenzo Di Maio, Pascal Mohy, Hans van Oosterhout and Jacques Schwarz-Bart. Sal can be experienced live with his, and other groups at numerous world venues. 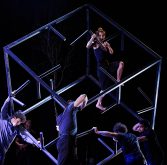